Filipinas are naturally beautiful, kind, family-oriented, and adventurous women. In comparison to most Asian countries Filipinas are the most welcoming, loving, supportive, and interested in starting a real future with a foreign, often American man.

Many Filipinos are raised in tough circumstances, often having to leave school early or work younger than most kids and teenagers to help support their family and loved ones.

Because of this, Filipinas are some of the strongest, most ambitious, and hard-working women known to man. In comparison to most western cultures this is often not the case, as the government and economy in places like American are much more stable.

For example, allowing young individuals to finish basic schooling and even pay for college with student loans. Even with that being said, Filipinas still press on, often attending and graduating college, and are not afraid to put their best foot forward.

Naturally, these women are very strong both mentally and physically. These are very desirable traits, and are perfect for any man looking to date and marry a woman that will make the strongest, most practical wife to create a family with.

Real Vs. Fake: How to Know the Difference

Filipinas per both their Latin-Spanish influence, as well as their own Filipino culture are very caring and supportive of family, and know how to take care of their man.

The Philippines is a huge country, with over 100 different islands and almost 10 different languages! Because of this, it’s worth keeping in mind that when visiting different places may it be Manilla, Angeles City, all the way to Subic or even Southern Luzon (such as Mindanao) that women will likely act and treat you much differently than in others.

When dating and considering this reality, don’t get too attached, or take your experiences to heart as each place will be very different in both lifestyle and the kind of women you’ll meet.

If you’re looking for true love, consider dating and pursuing women that come from a modest home, lifestyle, and one that is close with her mother.

If possible, focus on Filipinas that love children, seem honest towards others, and one that you can verify through your own local friends or contacts is a genuine person. The last thing you want is to be played with, deceived, or ‘strung along’.

A real, honest and good Filipina will be one that does not hide things from you (like her phone), keep secrets, or gives you a lot of drama. While some women may hide many of their habits in the beginning of a relationship, Filipinas in particular have to be especially protective, and can seem jealous at times.

If you’re a foreigner dating or married to a Filipina it’s like she will be jealous or protective of you to some extent, because you’re rare to her, and she doesn’t want to lose you.

There is a relatively strong western influence throughout the Philippines, from the music Filipinos listen to, clothing trends, and even cars and modifications popular in the United States.

Along with this, many Filipinos have also learned to speak semi-fluently in English thanks to schooling and these influences. Because of this, it’s not uncommon to meet a Filipina that can understand and speak English with you.

However, should you seek to pursue Filipina women out in more indigenous regions or islands (recommended) then it may be likely that they do not speak or understand much English.

This is not necessarily a bad thing, as often Filipinas that speak and understand English the most fluently can be the ones that play games, or, have become “westernized” in that they will act similarly in many ways to what western men are used to from women in places like the United States.

Since this is the last thing any man wants when traveling abroad or so far to find the woman of their dreams, it may be more profitable to instead focus on learning the native language to where you wish to visit, live, and find the Filipina of your dreams.

With that being said, Tagalog is the most commonly used language throughout the Philippines, and should you decide to practice this you’ll increase your chances of meeting an honest, humble, and grateful Filipina that will appreciate your efforts. Also, this will maximize your ability to understand Filipino culture and get the most out of your stay – or visits.

If the Filipina woman you meet and begin to fall for enjoys spending time with you, is honest and makes time for you each day even in light of school or work, then it’s likely you’re on the right track.

Even a Filipina with a child is not necessarily a bad choice, but honesty is key. It’s not unusual, as with women in general, for a Filipina to continue her relationship with her “ex-boyfriend” or just use a foreigner boyfriend for the sake of making pocket money.

Be careful of this, and such an example serves as a reminder of why to take it slow. Meeting a Filipinas family can be extremely valuable, and the more time spent with them the more aware you can become of their intentions and any possible ulterior motives.

The most important thing is your happiness, and if you’ve found in your Filipina what you were seeking from the start. If she values education, a career, hard work, and does not give the impression of someone who is, or would like to be spoiled then it’s likely you’ve made the right choice.

There’s nothing wrong with dating and marrying a Filipina that likes to be treated well, makes you happy, and enjoys gifts every now and then.

Whether or not you choose to be with a Filipina woman that expects or asks you to also support her family is completely up to you. Some men do not mind this, while others expect more or something different from their future wife and family. 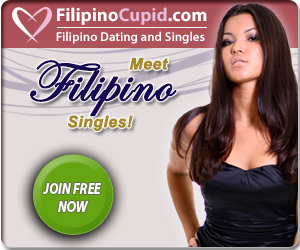